from Curse Walk by Shaboi 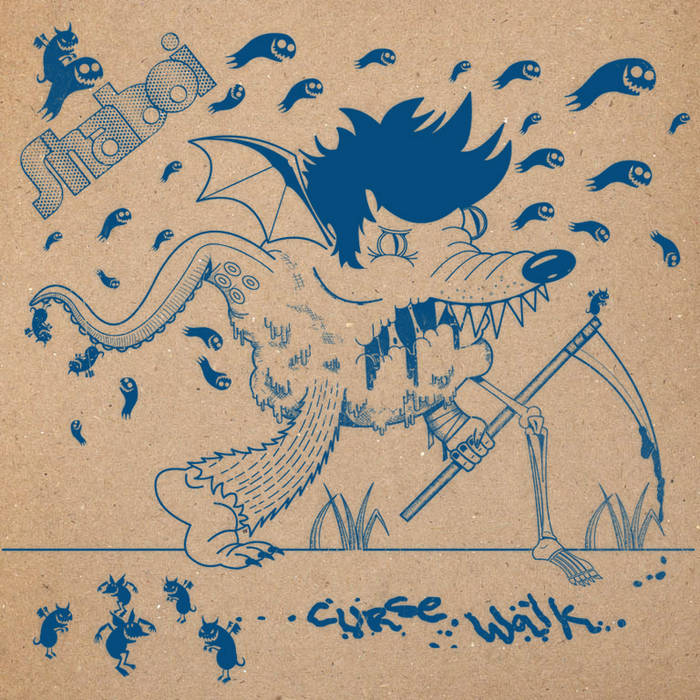 This year Halloween fell on a weekend, it's Shaboi and Cadence trick-or-treatin'.
I seen a dope-head in the street freakin', clothes all ripped and his breath was reekin.'
I said, "Hey homeboy, head for shelter," he turned around lookin' like helter skelter.
He was on some of that walking undead shit, he looked me dead in the face and he said this:

"I used to be a dope rapper just like you, then I got shot by a rival crew.
I was belly in the ground and the dirt hadn't settled,
before i went down to hell and made a deal with the devil.

Covered in blood i crept out of the crypt, feelin' like I had a new sixteen to rip,
and I mean to get my revenge on the haters, who shot me the one dude's name was Cadence."

I looked at Josh and he looked at me, and both took off runnin' down the street,
tryin' to get away from the undead dude, who was tryin' to turn our grey matter into head food.
Hell nah, I aint goin' out like that - I stopped in my tracks and I turned right back,
and I asked Josh are we mice or men? I killed him once and I'll do it again.

Here comes a freaky zombie man now - I hit him in his undead face like "pow!"
I ain't ever had no hesitation, Z-O-M-B decapitation.
That right there is a demonstration, of why y'all shouldn't never fuck with Cadence,
and how he made the whole damn rap game hopeless when he spit his dopest Halloween opus.

Bandcamp Daily  your guide to the world of Bandcamp

Benji B talks about his new compilation ‘Deviation Classics’